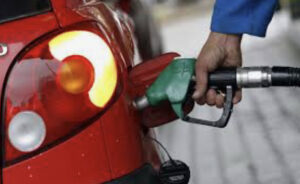 For the up tenth times the cartel of oligarchs has increased the fuel pump price in Nigeria without justifications.

The hitched up of the ex-depot price of Premium Motor Spirit, PMS, also called petrol by the Petroleum Products Marketing Company, PPMC, a subsidiary of the Nigerian National Petroleum Corporation, NNPC, is a clear indication of the vision less direction of the President Muhammadu Buhari’s administration.

Some marketers have continued to sell above the hike at N200 Naira per liter in some cases.

The Petroleum Products Marketing Company, PPMC a subsidiary of the Nigerian National Petroleum Corporation, NNPC, has hitched up the ex-depot price of petrol, the rate at which it sells the product to marketers, from N147.67 per liter to N155.17, equivalent to a 5.1% hike.

Marketers are to now sell gasoline at a price anywhere between N168 and N170 with effect from Friday (today), a memo signed by Tijani Ali, PPMC Marketing manager said.

The marketing unit of state-owned NNPC put the landing cost of the product at N128.89 per liter relative to the N119.77 per liter reported for September/October.

The ex-coastal selling price was upped to N130 for November in contrast to the N125 in the previous months.

Marketers reviewed pump prices upward to between N158 per liter and N162 after petrol pricing was deregulated in September to reflect the dynamics in the global oil market.

According to the Minister of State for Petroleum Resources Timipre Sylva in September, government had withdrawn from the role of fixing petrol price, noting that, market forces and that crude prices would henceforth inform petrol price.

By general implications, it is an Emergence of oligarchs cartel who for ages had continued to dominate the oil and gas sector without due consultations.

The Riddle is similar in breeds, hasty in nature, and have no feelings for the common people.

For successive months in 2020, an upward reviews of Nigeria’s Economic major dependence was adjusted in variations amid unbearable hardship bequited by COVID-19 pandemic.

Like southern Sudan, Venezuela, and Zimbabwe whose Country’s Economy are over dependence on oil and gas for survival, Nigeria may head to hyperinflation considering how fast skidding the economy has become.

While Nigerians are yet to recover from the upsurge of COVID-19 and it afterwards untold hardship,it is expected that a responsive Government would phantom a way out to redress the ailing economy.

But the deceptive Government was busy increasing fuel pump price.

One of the seemly reasons for the recent Endsars Agitations was a demand for downward review of the hiked price which was hijacked by suspected criminals in the present administration who are beneficiaries of the bogus Policies.

It is now almost impossible to purchase food items in the market by low income earners.

This was contained in the Consumer Price Index, CPI, report, released by the National Bureau of Statistics, NBS, Oct 15, 2020

Pakistan witnessed the highest inflation in the world in the fiscal year 2020, forcing policy-maker to increase interest rate, the State Bank of Pakistan, SBP, said on Sunday June 7, 2020

The Federal Reserve has not established a formal inflation target, but policymakers generally believe that, an acceptable inflation rate is around 2 percent or a bit below.

Nigeria’s foreign exchange reserves plunged to a 12-week low of $35.63 billion on Wednesday, its lowest point since 21st August, when $35.607 billion was recorded, data gleaned from the Central Bank Nigeria, CBN recently indicated.

The reserves have been recording falls in recent months, dipping to $35.69 billion on 28th October from the $35.74 billion reported on 30th September.

Africa’s biggest economy, which is propped on revenue from oil money, the provider of around 90 per cent of its foreign exchange, has been taking a battering from the novel coronavirus, forcing it to cut its spending plan for next year by around 40% and the record slump of crude prices in April, has piled on the agony.

Its foreign exchange reserves touched a record low of $33.43 billion on 29th April before rescue came its way by way of a $3.4 billion COVID-19 stimulus package from the International Monetary Fund.

“External reserves are expected to lie between $29.9 billion and $34.3 billion at end-December 2020 (predicated on current declining oil price between $20 and $40),” the apex bank said in a recent report.

“Sequel to the COVID-19 pandemic, the viability of the external sector in 2020 is expected to deteriorate, given the present worsening current account balance and depletion of external reserves driven, largely, by decelerating export receipts, particularly oil.

“Specifically, the degree of external reserves accumulation is expected to decelerate, as outflows are expected to outweigh inflows,” it added.

“The CBN will maintain its forex rationing stance and intensify efforts to keep the naira stable. External reserves to likely fall towards $34bn in the coming months.”

The Nigerian Labour Congress, NLC would have been the most vibrant Union if they have devoid itself of unpleasant bargains amid irrational Policies of Government at all levels

Yet, they pretend to be fighting for the welfare of workers but Sincerely behind, they are self-seeking elements, embroil in noise pollution.

The directionless body is the major reason citizens are pegged in abject poverty.

They react to bad policies without true actions and have become a collection of cocktail sippers.

The Prudence in unionism has since departed them, and they only roar like plastics designed bulldogs.

Several purported strikes protest to show displeasure about Government Policies have been arranged by the stranded group but no one has genuinely achieved its aims.

Their actions and inaction have left many citizens see them as unserious people and non existing.

Reacting to the recent hike in the pump price of fuel to N170 per litre, the Nigeria Labor Congress, NLC, warned that there is a limit to what Nigerians can tolerate.

It added that, there were questions over financiers of political parties known to be the architects of the current woes in the petroleum sector.

Organise Labor also asked the government to account for the several Turn Around Maintenance (TAM) projects that were undertaken.

These sentiments were contained in a statement by the President of NLC, Ayuba Wabba, on Monday, with Congress cautioning “that there was a limit to what the citizens could tolerate if these abysmal increases in the price of refined petroleum products and other essential goods and services continued.”

It added that “Nigerians cannot be made to bleed endlessly for the failures of successive government to properly manage our refineries, ensure value for money for the numerous Turn Around Maintenance (TAM), which were poorly and barely executed.”

On the negative impact of their actions and inaction, the horrifying lack of interest in prosecuting public officials and private business people who have profited from the rot in our petroleum sector and the collective misery they have imposed on the general population is unquantifiable.

The truth is that we would not have been in these many precarious situations if successive labor leaders had been alive to its responsibilities.

The many questions begging for the right answers in the minds of many Nigerians are if the government is willing to go headlong against major financiers of the major political parties known to the public as the architects of the current national woe.

It would have been aptly justifiable to Countrymen and Organised Labour who will not accept a fait accompli of the monopoly of Nigeria’s downstream petroleum sector or the emergence of a cartel of oligarchs whose end game is mass pauperisation.

Despite Labour assuring of updates from the petroleum sector and electricity committee, which would determine whether the government has kept to its side of the bargain to recover and reposition refineries, time would tell if Nigerians would retrack their steps and show trust on Labour Union.

Nigerians seriously desire a change from the bottom to the top going forward and Labor leaders should take the first step doing so.