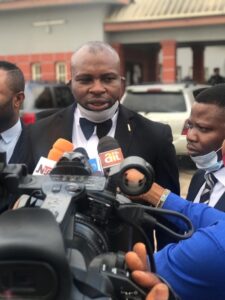 It was Francis Bacon that said :

And so, as young boys and girls, who loved to read, we started with *Queen Premier* and Later *Common Errors in English* by Jowitz and Nnamonu, that shaped our English.Of Course I inherited my Mother’s Dictionary. My Mother was a Teacher and this assisted in me in having access to a lot of books .

I was fortunate to have a father that bought newspaper, So I started reading newspapers when I was in Primary 3, not now when the young use the front page of today’s newspaper to clean their buttocks after going to the toilet. I bought my first news paper *Champion Newspaper* when I was in Primary 6 in Arinze Primary School in Benin City. Now, I read myself in National Newspapers. What a feeling! The Apple does not fall far from tree.

Around that same time I read *Lamb Tales from Shakespeare* from where I read epics of Williams Shakespeare like *King Leah, Midsummer Night Dreams, Romeo and Juliet, Othello, the Merchant of Venice, As You Like It, Macbeth, The Taming of the Shrewd* –
which shaped my character in handling stubborn women, which I enjoyed doing with seamless skills as a Young Man, using the tactics acquired from from the book.

I came across lovely books like Mr. SMO Aka’s *My Father’s Car*The African Writers’ Series had sublime books like the Passport of Mallam Millian, Efuru and the Rivers Between*, both Written by the First Female Author in Nigeria-Flora Nwapa.

I read *Chinua Achebe”s Things Fall Apart* when I was in JSS 2,from where I churned out interesting Igbo Proverbs like *He who brings Kola Brings Life, Since they have learned to Shoot with out Missing, I too have learned to fly with out missing, You stand in the ruins of the House of a Brave Man to point at the House of a Coward* I also read other books by Chinua Achebe like *Arrow of God, Girls of War* and just before he died, I read his brutally frank book – *There Was a Country*.

We were also invited into the amazing books and Poems of the First African to win a Nobel Prize for Literature *Prof. Wole Soyinka*. I read *Death and the King’s Horse Man, Kogi’s Harvest, The Man Died, The Mystery Gun Man*,etc.

I like Wole Soyinka’s Poems they are mostly written in Free Verse. In *Abiku* the Persona says:

“In vain your bangles cast, Charmed circles at my feet, I am Abiku, calling for the first
And the repeated time”

Talking about Satires, who would Forget Prof.Niyi Osundare with his Profound Satire,? “They too are the Earth”,spurned from his Anthology :”Songs of the Earth” ,where he asked the rhetorical question :

“Are they of this Earth?
Those who Harry the Hills
And Fritter the Forests?”

He also deprecated the epileptic power supply in Nigeria orchestrated by those who run the Power Sector when stated in his untitled Satire, that :

“A Deperate Match stabs the dark in Nepa’s Darkdom “.

The Poems in different regions in Africa had their different Motif based on unique historical experience. East African Poems dwelled on the Paradox of Independence. Poems like Richard Ntiru’s “Pauper “, Henry Barlow’s “Building the Nation “, etc.

In Southern Africa most of the poems depict Racism and Conialism. Poems like Oswald Mtshalis “The Washer Woman Prayer”, “Dennis Brutus’ ‘”Night Fall in Soweto,” and Dennis Brutus'”A Traboudor I traverse ,”et. al.

In West Africa the Motif of the poems dwelled on Cultural Reawakening . You have poems like Olokun by J.P.,where the Persona said :

*I am Jealous and Passionate like Jehovah m, God of the Jews*

You had a short but Profound Poem by Kofi Awoonor called “The Cathedral”where the Persona posited thus :

“On this dirty patch a tree once stood shedding incense on the infant corn, its boughs stretched across a heaven brightened by the last fires of a tribe. They sent surveyors and builders who cut that tree planting in its place a huge senseless cathedral of doom”.

Who will forget foreign books like “Animal Farm “,by George Orwell”. “Some animals are equal, but others are more equal to others” .A prose whose thematic exploration dwelt on the deceit by power mongers and convenience criticism , viewed viz and viz the burden of Leadership that leads to the maintenance of an oppressive status quo.

Who will forget “The Lord of the Flies”-By Willam Golden which has three profound themes that defines the essence of man kind to wit :

2.Man’s Way is inherently evil, And

“The Old Man and the Sea” and “Arms and the Man”,by Ernest Hermmingway .”The Great Expection” and “Oliver Twist “,by Charles Dickens .”The Mayor of Castebridge “-By Thomas Hardy ,”A Tale of Two Cities”,by Charles Dickens.Were some of the profound prose we read.

We have lovely poems like : “Two Looks at Two”, by:Robert Frost ,,”Death Be Not Proud “, by John Donne, “My Last Duchess “,by Thomas Browning , William Wordsworth’s “The World is Too Much With Us ” and “The Solitary Reaper “.

When you see people speak and write well it is not a mistake. It was borne out of nights of burning the midnight and candle reading books. If you wanted to hide some thing in Nigeria, put it in a book or newspaper, they will only see it when they are eating “Suya” and “Akara”,by which time, It would have become stale!

At this Juncture, I must commend Pastor Michael Omoregbee-Uncle Mike- My English and Literature Teacher, of Standard Lectures and Standard Schools in Benin City, who inspired me to rekindle my interest in Literature, upon which I have even formed the Benin Writers’ Society, the only one of its kind in the whole Edo and Delta State, to my knowledge. Teachers rewards are now on Earth, not in heaven. Thank you very much sir !

Most of our Young ones no longer read. They only watch BBNaija, African Magic, ZeeWorld, Zombie’s World, Sound City , Rok, etc. They are also enmeshed in Partying, posting pictures on Facebook with out “Facing their Book “.A Generation that does not read can not lead and in the land of the blind, a one eyed man is King.

Government is not even doing enough. There are no Programmes in place to rekindle the reading culture. They are concerned about hosting the Winners of BBNaija, Beauty Queens and Musicians.

We better wake up, else others we write our story for us to read !