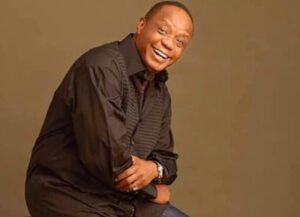 Following speculation in some section of the media that Edo born Business mogul and the Chairman, Ocean Marine Limited, Capt Hosa Okunbo, has taken ill and flown abroad after the Edo September 19th Governorship election, a close aide to the philanthropist yesterday said his principal is hail, hearty and bubbling.

The aide who crave anonimity while describing the report as not only wicked but nonsensical and lies from the pit of hell added that there is no iota of truth in it and urged the public to disregard such report.

“The election has been fought and won, why are they desperate to rubbish the image of Capt Hosa and even wish him dead if they don’t have a hidden vicious agenda of vendetta against him?”. the source queried

“In a rare show of statemanship Capt Hosa congratulated the winner of the election, something I am sure they would not have done if the pendulum swung the other way around, the source noted.

“The records are there for anyone to check if Capt Hosa participated in any so called contract sleaze. In any case, Governor Godwin Obaseki has been in office for almost four years now, why has he not come out with any evidence and proof that Capt Hosa is a defaulting contractor to Edo state?

Also, talking about the Benin Airport road project that Servtek construction company was involved with under Comrade Adams Oshiomhole’s government said there records are available in Corporate Affairs Commission, CAC to show that Capt Hosa is not the owner of the company as being bandied around by those who want to mislead the public.

“In any case, how come a contract Comrade Oshiomhole awarded for less than N7 billion naira is now suddenly put at over N40 billion naira if not that those intent on tarnishing the image of an achiever like Capt Hosa are blinded by lies and hate?

“Capt Hosa was never involved in the construction of Benin Airport road and he has addressed the issue long ago during the tenure of Comrade Oshiomhole. The desperation of his traducers are pushing them to be recycling valueless materials and misinformation”

He futhered added Capt Hosa has since moved and concentrating on his numerous businesses across the globe.