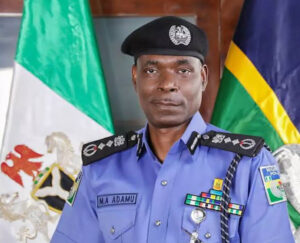 The Inspector-General of Police, Mohammed Adamu, has again promised that the police force will ensure safety of lives and property in the forthcoming Ondo State governorship election.

Mr Adamu said the force will do better in discharging its responsibilities in order to record better success than it did during the recently concluded Edo governorship election.

The police boss made this known during a meeting with the convener and co-convener, Nigeria Civil Society Situation Room, Clement Nwankwo and Esther Uzoma, who led other representatives of civil society organisations (CSOs) in Nigeria to his office at the Force Headquarters, Abuja, on Monday.

According to a statement by the police spokesperson, Frank Mba, the CSOs commended the police’s performance in the just concluded Edo governorship election.

“They called for sustainability and improvement on the Police culture in managing elections, as was evident in Edo State,” the statement said.

”The IGP appreciated the CSOs for their commendable roles in the electioneering processes and their invaluable contributions toward the passage of the Nigeria Police Act, 2020.

“He reassured that the Force will continue to partner the Independent National Electoral Commission (INEC) and other stakeholders in election management towards ensuring free, fair, peaceful and credible elections, not only in the Ondo election, but also in subsequent elections.”

Mr Akeredolu, who is seeking a return to office on the platform of the ruling All Progressives Congress (APC), has two major opponents to contend with.