2023: This Rhetoric Too Must Stop in Owan Federal Constituency 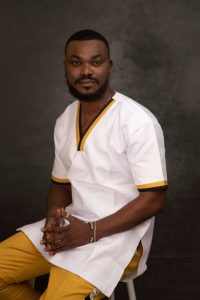 Just as the advent of this present democratic dispensation have attracted lot of dividends to different people, communities and State, so also have many been deprived of the needed democratic dividends.

The later is the situation in Owan Federal Constituency and more specifically, Owan West Local Government Area of Edo State.

It is however worthy to note that the people of the Federal Constituency as well as that of the Local Government have had representatives saddled with the responsibilities to deliver dividends of democracy to them.

While they have had elected officials from the Local Government Chairman, House of Assembly, House of Representatives and Senators, so have they also had some persons appointed into offices by State and Federal Governments.

It is however sad that these persons, elected and appointed, have failed to make any meaningful impact on the lives of the people of the area.

Not only do the people lack access to good roads, they have also for years been grappling with the issue of insecurity, pipe borne water, education, unemployment and above all, basic health care facilities and lack of support for farmers.

Sure, we do understand that NASS members and State lawmakers are primarily elected to make laws. Don’t we also understand that they can attract developmental projects to their constituencies?

Every electioneering period, these key actors in the political arena, makes bogus promises to deceive the people to be voted into offices. This has been the reoccurring thing since 1999 and have set the area years back in terms of development.

It is another electioneering period again, they have started with the same rhetoric of turning the area to Dubai and providing jobs for the teeming youths that have become restive as a result of idleness.

I am however baffled with the fact that we seem to take these people for their words each time they come with same promises every four years or three years in the case of the council elections.

Why we fail to hold them accountable on these promises is another baffling thing. We do understand that they have developed this ploy of giving “handouts” to some of us and thereafter make bogus claim in the media that their empowerment programme spread across the entire locality.

Another sad thing is that every election year, it is the same set of people who have been deceiving us with fake promises that have held sway as our representatives and so called leaders since 1999.

They have not only failed to change the narrative positively for the betterment of our people, they have fed end themselves fat with our own share of the national cake that would have seen us transformed infrastructurally.

But in 2023, we will not and must not be carried away with their usual rhetorics; we have for too long allowed them to feed fat on our share of cake that we have become so Improverished.

Just like they say in local parlance “Our Mumu Don Do” We will no longer give in to their rhetorics.

Owan Federal Constituency and Owan West Local Government is endowed with human resources outside these people and thus should be given opportunity to change the narrative.

We need to solve the challenges of unemployment, insecurity, lack of pipeline borne water and other dividends of democracy that have eluded us as as people since 1999.

In 2023, we are prepared and must make them know that this “Rhetoric Must Stop.”

NAFDAC to regulate breastfeeding in Nigeria