Owan 2023: The Christopher Ojo That I Know 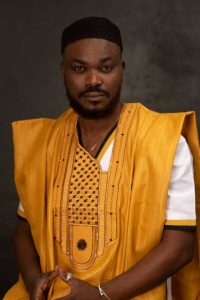 Service to humanity seems to be his calling right from his early age in Sabongidda-Ora where he was raised before he traveled outside the shore of Nigeria in search of greener pasture.

Christopher Ojo, with a dint of hardwork and God’s providence, fulfilled his essence of living the country and not for once did he forget his root and what he was known for before traveling out.

In pursuance to satisfy those around him, especially the downtrodden, Ojo came up with many initiatives aimed at empowering the people in order to raise their standard of living.

Some of these initiatives includes, sponsorship of sporting activities and embarking on what could be termed to be an ambitious project that would be one of the biggest, if not the biggest individual sponsored project in the entire State.

Permit me to start with his sponsorship of the annual 10km Owan
Marathon race that have led to the discovery and grooming of no fewer than 10 athletes within the last few years.

These discovered athletes have competed and won laurels in some of of the renowned Marathon races across the country. But for the COVID-19 pandemic that prevented the race for taken place in 2021, also stalled the discovered talents from participating in some Marathon races outside Nigeria.

Not daunted with the pandemic, Ojo took the risk and commenced what I earlier termed to be an ambitious project; a “Mechanic Village” aimed at not only increasing economy activities of the area, but also curb youth restiveness by taking some of the unemployed off the streets.

Ojo has the zeal for service, he has the courage to take harsh decisions, he has the intellect to lead and has been able to touch lives in his individual capacity without political appointment or elective office.

He has shown and proven to the people that we can have a better society only if those God has blessed can make sacrifice out of their comfort zone and give just little to lift those around them.

For the 2023 general elections, we must search for the likes of Christopher Ojo in our villages, towns and cities and send them to our State Houses of Assembly, the National Assembly or even be Governors.