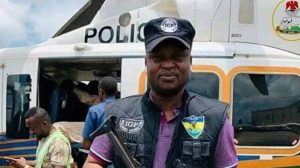 There were strong indications last night that suspended police chief Abba Kyari, taken into National Drug Law Enforcement Agency (NDLEA) custody yesterday, will be extradited to the United States after his probe for an illicit drug deal.

Sources said the Federal Government had concluded plans with the U.S. Federal Bureau of Intelligence (FBI) to hand over the deputy commissioner of police, who is wanted for taking bribe from suspected celebrity internet fraudster, Ramon Olorunwa Abbas, alias Hushpuppi, from a $1.1million loot.

It was also learnt that the police authorities delayed action on Kyari for four days until the Presidency directed Inspector-General Baba Usman to release him to the NDLEA.

Shortly before he was released to the anti-drug agency alongside four other police officers indicted for the same misdemeanour, the NDLEA had declared Kyari wanted after announcing his involvement with drugs and releasing a video of his attempt to bribe operatives to the public.

Sources said President Muhammadu Buhari received a report on Kyari from the Chairman of the NDLEA, Gen. Buba Marwa.

According to a top source in the presidency, the Federal Government was already finalising the Mutual Legal Assistance Treaty (MLAT) with the U.S. on Kyari’s extradition.

A Presidency source said: “The Federal Government has made up its mind to extradite Kyari when the NDLEA is done with him. There is already an ongoing talk between Nigeria and the United States.

“Already, the US has forwarded indictment documents and some evidence to the Federal Government. It claimed that there is a prima facie case against Kyari. The arrest of the top police cop has confirmed the suspicion of the USA.

“The final stage is the invocation of the Mutual Legal Assistance Treaty (MLAT) and Kyari will be extradited to the United States for interrogation and trial.”

Another source said: “President Buhari was properly briefed by Gen. Marwa before the agency released its fact-sheet and video clip to the public.

“It was after the briefing that the agency set the machinery in motion to arrest Kyari and four others. Two drug suspects linked with the Kyari group are already in the agency’s custody.

“The interrogation of the five police officers will begin on Tuesday (today) alongside the two drug traffickers in NDLEA’s net.

“Both the traffickers and the police officers will have the opportunity to face detectives on how Kyari became an intermediary.

“It is expected that this action may lead to the unearthing of the drug cartel in the country.”

A source said: “Since last week, the NDLEA requested the release of Kyari and four other officers by the police. They were to be handed over on Thursday but no action was taken.

“The agency waited on Friday, Saturday, Sunday and till the early hours of Monday without any communication from the police.

“When the police were foot-dragging, the agency addressed the press on the facts and video clip at its disposal. NDLEA also declared Kyari wanted.

“The presidency immediately intervened and ordered the Inspector-General of Police to arrest and transfer the suspects to NDLEA.”

A statement by the Director, Media and Advocacy of NDLEA, Mr. Femi Babafemi, said justice will take its full course.

The statement said: “Few hours after he was declared wanted by the NDLEA over his involvement in a 25 kilograms cocaine deal, the Nigerian Police Force has handed over Kyari…to the anti-narcotic agency.

“Five of the wanted suspects…were driven into the National Headquarters of NDLEA in Abuja at about 5pm on Monday to formally hand them over for interrogation and further investigation.

“The agency wishes to assure that no stone will be left unturned to ensure that all suspects already in custody and those that may still be indicted in the course of the investigation will face the full weight of the law at the end of the ongoing probe.”