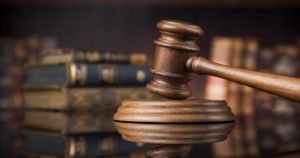 A mild drama played out at the Edo State High Court 13, Benin when a plaintiff in a divorce case alleged that his pastor who was having affair with his wife insisted that he use condom whenever he want s to have sex with his wife.

The plaintiff, Mr Paul Nosakhare made the allegation on Thursday against the cleric, Joseph Igwemoh of Global Influence International Ministries before Justice Hassana Garuba led Court.

He also alleged that his wife, Stella Maris Nosakhare, refused him sex on their wedding night.

The Petitioner was represented by his Mrs Benedicta Okoduwa and Douglas Ogbankwa Esq.

According to the petitioner, “The 1st day of May, 2018 at about 7:30pm, I got to Pastor Joseph Igwemoh’s office, at his Church Global Influence International Ministries at Owoseni Street, off Mission Road, Benin having gone to fix his car for him, as I am an auto electrician.

“I go the door of his office, but found it locked and the lights were off too. I knocked for over 5 minutes and I heard Pastor Joseph Igwemoh asked “who is that?”and I said I was the one.

“He asked me to wait. I saw my wife, Mrs. Stella-Maris to come out from Pastor’s office sweating profusely and looking ruffled.

“I asked her what she was doing there and she said it was a personal business. Just then, I saw Pastor Joseph Igwemoh coming out of the same office my wife came out from , wearing singlet and boxers, and taking orange.

“When I confronted Pastor Joseph Igwemoh said that he was having an affair with my wife. From then on, the said Pastor started harassing and intimidating me with the police.

“He first stated with the New Benin Police Station in Benin, but the DPO asked me to go that I didn’t do anything.

“Then on Thursday, the 18th day of October, 2018, Pastor Joseph Igwemoh arrested me and i was taken to the CID of the Edo State Police Command in Benin City, where the matter was investigated by the Conflict Resolution Unit.

“The IPO was one MAHMUD who started beating me up that I must confess that I put some thing on the Internet against Pastor Igwemoh , which I denied. I told him I will not write anything until I see My Lawyer.

“He then detained me for more than 24 hours before I was released to my lawyer on bail.

“During investigation, after I was granted bail, I wrote a letter to the said Pastor Joseph Igwemoh through my lawyer and copied the Commissioner of Police, Edo State, and the Ministry of Women affairs and Social Development where I complained about the adulterous affairs going on between him and my wife.

“The Pastor did not respond to that letter till now but instead, he lured my wife to pack out of our matrimonial home and I heard he rented an apartment for her at Ugbowo, Benin City.

“Through out my marriage with my wife, she denied me my conjugal right. Pastor Igwemoh warned me to always have sex with my wife with condoms , as my wife is not used to sex and said that my wife was his daughter.”

The plaintiff said that the cleric who joined him and his wife on their wedding day, had frustrated his life with his actions.

“He was the one that joined me and my wife together in marriage and I was even his assistant Pastor.

“I also once saw my wife and Pastor Joseph Igwemoh in his office with him (Igwemoh) lying down and my wife was sitting by his waist on a foam while there are chairs in the office,” he stated.

The case has been adjourned to the 14th of February, 2022 for further hearing .