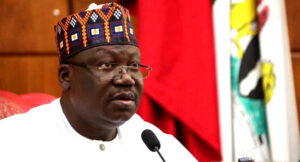 Sequel to the passage of the Petroleum Industry Bill, the President of the Senate, Ahmad Lawan, on Tuesday, announced the composition of a seven-member Conference Committee.

Leader of the Senate, Yahaya Abdullahi would head the team that saddled with the harmonisation of the report of both chambers of Parliament on the PIB.

Checks revealed that four lawmakers from the North are in the Committee, as against three Senators from the Southern part of the country.