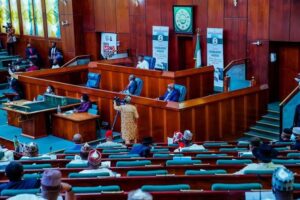 The House of Representatives, on Wednesday, unveiled plans to investigate the activities of the Nigerian Army over alleged non-payment of N663 billion non-regular allowances to its personnel over the past two years.

The resolution was passed sequel to the adoption of a motion sponsored by Hon. Abubakar Nalaraba, who frowned at the underutilization of the resources despite increment in budgetary provision for these allowances in 2020 and 2021.

While calling for the House intervention, Hon. Nalaraba frowned at the impacts of the non-payment of the benefits to Army personnel at a time when the country is besieged by several security challenges, including anti-insurgency operations in the North East, anti-banditry operations in the North West, anti-bunkering in the South-South and anti-kidnapping across the country.

“The House notes the significant upward review of Non-Regular Allowance of the Nigerian Army in 2017 to ensure that serving Army Personnel are adequately remunerated and motivated for optimum performance in the provision of adequate security in the country.

“The House also notes that non-regular allowance which includes payments such as First 28 days allowance, Operations allowance and Duty Tour Allowance of soldiers and officers was necessitated to mitigate the effects of current economic realities on the welfare of troops and the entire personnel of Nigerian Army.

“The House is aware that the increment was captured in the Manual of Finance Administration (MAFA) and approved for implementation by the President and Commander in Chief of Armed Forces of Nigeria on 26th January 2018.

“The House is concerned that despite the increment in budgetary provision for Non-Regular Allowances from N283 billion in 2020 to about N380 billion in 2021, the welfare of Army personnel has not felt the corresponding effect and Personnel of Nigerian Army involved in internal security operations, training and performance of other military duties are still being owed various types of Non-Regular Allowances.

To this end, the House mandated its Committee on Army chaired by Hon. Abdulrasak Namdas to investigate the disbursement of non-regular allowances to Army personnel from 2017 till date and report back to the House within four weeks.