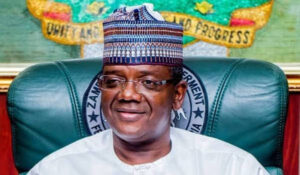 The Speaker of Kaduna State House of Assembly, Yusuf Zailani, says the defection of Governor Bello Matawalle of Zamfara to All Progressives Congress, APC, is a pointer towards the party’s victory in 2023.

Mr Zailani said this in a statement by his Special Adviser on Media and Publicity, Ibrahim Danfulani in Kaduna on Wednesday.

“Our great party is already making huge gains ahead of 2023 general elections with the defection of Gov. Bello Matawalle, lawmakers and the collapse of the entire PDP structure in the state,” he said.

He charged the people to rally round the governor to enable him take the state to a greater heights, with his movement into the progressive fold.