Reps set to screen Yahaya for confirmation as COAS today 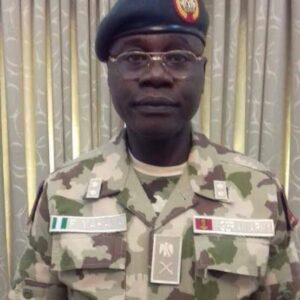 The House of Representatives will on Tuesday screen Major General Farouk Yahaya for confirmation as Chief of Army Staff.

President Muhammadu Buhari had asked the Senate and the House to confirm the appointment of Yahaya.

Speaker of the House, Femi Gbajabiamila, read Buhari’s letter seeking legislative approval of the appointment at the plenary on Tuesday.

He had referred the nominee to the Committees on Defence and Army for screening.

The Chairman of the House Committee on Defence, Babajimi Benson, on Monday, said that the screening of Yahaya would be held “tomorrow at 3pm.”

Yahaya’s appointment was announced one week after the demise of the immediate past COAS, Lt.-Gen. Ibrahim Attahiru, and 10 others in a plane crash in Kaduna.

Until his appointment, Yahaya was the Theatre Commander, Operation Hadin Kai, responsible for counter-terrorism and counter-insurgency operations in the North-East.

When his appointment is confirmed, Yahaya is expected to be elevated to the rank of Lieutenant General, leaving the Chief of Defence Staff, General Leo Irabor, as the most senior in the Armed Forces.