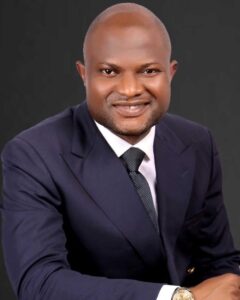 Idahosa, who is the Chairman, House Committee on Legislative Compliance, made this known while giving a mid-term report to members of his constituents, on Saturday in Edo.

The lawmaker said that his proposal to the Nigerian Petroleum Development Commission (NPDC) for the restoration of electricity supply to the affected communities had been approved by the subsidiary of Nigerian National Petroleum Corporation (NNPC).

He said that the restoration would bring succour to over 100,000 families in the benefiting communities, who had been without electricity for over five years.

Idahosa also reiterated his pledge to fulfil all his electioneering promises and expressed appreciation to his constituents for entrusting him with their mandate.

“During my electioneering campaign, I went to Ogede and Oduna wards, which consists of over 70 communities, I was shocked to discover that the communities have been in total darkness for over five years.

”I was compelled to do all it takes to restore electricity back to the area.

“The good news is that I have been able to get NPDC to restore electricity to the affected communities and the project has been awarded.

“For me, this is not just politics, it is my love for humanity; I made promise that my mission is to emancipate Ovia people,

”I will do whatever it takes to fulfil them and this electricity project is a major one and I am going to dedicate it to the glory of God,” he said.