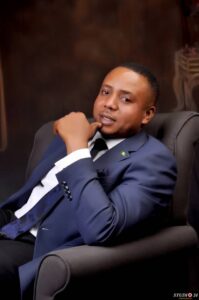 Nigeria continues to experience increasing insecurity and violence through frequent attacks by terrorists, bandits and criminal herdsmen, despite repeated promises by President Buhari to crush insurgencies.

Comrade Jude Imagwe, former Special Adviser on Youths and Student Affairs to Ex-President Goodluck Jonathan, has Attack President Muhammadu Buhari and Minister of Information, Lai Muhammed over Current state of Insecurity and raise in the political and economic undercurrents that may have perpetuated the conflict while drawing attention to the need for greater coordination and stakeholder scrutiny.

Imagwe, a former NANS President in a statement forwarded to AfemaiReporters said Buhari has continued to demonstrate how he prefers to handle and manage the Nigerian state from a self-driving perspective and the high level of Sectionalism

When Silence is truly better than reckless and hated Speech.

General Buhari has continued to demonstrate how he prefers to handle and manage the Nigerian state from a self-driving perspective and the high level of Sectionalism.

In the last six (6) months, Nigerians have been appealing to Mr. President to address her citizens on the country’s present state of a broken security situation. Things grow daily from bad to worst, and today, it is messy. Students kidnapped from schools in numbers like a trader going to the market to buy tubers, our farmers and travelers seized, mothers and sisters rapped at farm places, fathers killed, and security personnel ambush and murdered in the line of duty, national infrastructure destroyed daily.

The nations were expecting a father to speak to the citizen, and they were expecting words of unity. They were hoping for an expression of national reactivation. But most very painful, what the nation got was a reminder of the war, a reminder of the pains and sorrows of yesterday, and a call to crisis and an expression that shows a total lack of emotional intelligence or empathy.

I concur that Twitter played a double standard in this very issue. Otherwise, I see no reason why Twitter did not outrightly suspend General Buhari’s account but only deleted the tweet, which in itself is racial, full of hate, and capable of creating civil unrest.

If Twitter could suspend President Trumps Account, the statement from President Buhari is even worst, judging on the present state of the nation’s mood.

I am to remind President Buhari again that Nigerians elected him and will always demand accountability from him and not his appointees. He should also be aware that his first enemies are those around him, saddled with the responsibility to assist his administration Succeed.

Finally, I will want the honorable minister of Information to help Nigerians define what forms, hate Speech and if General Buhari is not guilty of hate speech.

May God continues to preserve Nigeria, and I appeal to all stakeholders to raise and save Nigeria from collapsing.

Why Fayemi Was Absent During Visit To Tinubu