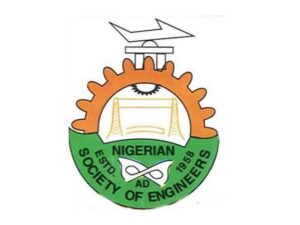 The Nigerian Society of Engineers (NSE) has called on Independent National Electoral Commission (INEC) to adopt the use of Automated Teller Machine (ATM) cards by electorates to vote in 2023 and subsequent elections.

This was the position of NSE while presenting their memoranda at the Northwest Zonal public hearing of the Senate Constitution Review Committee.

The leader of the Kaduna team that represented NSE in the North West Zone and Chairman NSE Kaduna branch, Madam Rachel Serumun Ugye, alongside Isa Emoabino, Abdul Audu, and Abdul-Quadir Aliyu said every Nigerian should be encouraged to obtain the National Identification Number which can be linked to the BVN and ATM card.

According to NSE: “INEC should adopt the use of ATM cards by electorates to vote. All the ATM cards are connected to BVN having the data of the bearer. The voting should be done 100per cent electronic online real-time.

“There shall be independent candidates. Diaspora citizens shall be allowed to vote.”

On anti-corruption laws, NSE said law backing whistleblowers with incentives ranging from 1per cent – 10per cent of the amount involved shall be made thereby encouraging the public to join in the anti-corruption fight.

NSE argued that there was no institution or agency for engineering except COREN which was established and domiciled in the Ministry of Works, “which is a fragment of engineering and is headed by a lawyer.”

“There is an important link between a country’s engineering capacity and its economic development. All engineering institutions to be headed by Engineers.

“An institution, Agency or Ministry should be created for engineering headed by an engineer General of the Federation. Charter status for the Nigerian Society of Engineers. Key engineering MDAs to be headed by engineers” NSE said.

NSE, however, urged the Federal Government to relinquish sovereignty over the ownership of television or

wireless broadcasting stations, advising that the Governing body (National Broadcasting Commission) should be independent of Government interference to avoid compromising the broadcasting industry.