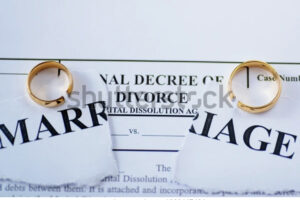 A 30-year-old woman from Muchabiwa village in Marange was divorced by her husband after she refused to sell one of their triplets while in South Africa last year.

The birth of a child, more so triplets, is considered to be a gift and a blessing, but the script was sadly different for Olinda Maposa after she gave birth to triplets.

Narrating her ordeal Olinda said when she gave birth to triplets her ex-husband Obey Mucheki was not so pleased.

She said, soon after she gave birth, Mucheki proposed to sell one girl in protest that all the children are girls.

Olinda revealed that, when she shot down the proposal, he gave her five days to vacate their home, threatened to kill her or the baby.

In an effort to protect her children, Olinda vacated their home in South Africa and went to her rural home in Marange.

She was left to fend for the triplets as well as their 11-year old child, on her own.

Luckily to ease her burden, Olinda received some assistance from the Minister of Information, Publicity and Broadcasting Services, Monica Mutsvangwa when she attended the ZANU PF Women’s League inter-district meeting in Marange this Saturday, ZBC News reports.

Minister Mutsvangwa pledged to assist Olinda with groceries and basic provisions every month. She said as the local senator she was going to look for sponsors, even approaching the First Lady so that the three girls get support and are able to go to school.

Why sex during menstruation is not Ideal — Physicians

Why sex during menstruation is not Ideal — Physicians