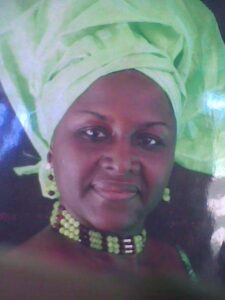 It is still like a dream!. I read with a heart full of gratitude to God the letter/ directive by the President of the Nigerian Bar Association to all Branch leaders of the NBA on the need to mobilize and engage the Governors of their various states to comply with the demand for judiciary autonomy.

This was exactly what i stood for in my branch and the vision is coming into reality. Many will recall that in 2016 during Oshiomole’s administration, there was JUSUN strike Edo State Chapter which lasted for seven months( Jan 5, to July 7, 2015).

Many of our colleagues particularly the young lawyers were totally helpless. Arising from the above, there was a collective decision by the Benin Branch to embark on a peace protest on a day set aside thereto; after all entreaties to the Governor to have a second thought on the lingering crisis had failed. The resultant effect of the peaceful protest which included eminent leaders of our branch such as Late Chief A.O. Eghobamien SAN, Chief Ogbodu SAN, Late Oriane Akere, Mr S. I. Agwinede , David Maduku the Secretary of the branch (who later became one of my chief persecutors) was my unlawful removal as chairman and prosecution at LPDC from 2016 to 2018 orchestrated by the administration of Alegeh SAN via a petition written by Razak Isenalumhe apparently based on the ground that i had the effrontery to lead a protest against Oshiomole’s ( his tribesman) administration even though i was blackmailed to have collected N2m from PDP to lead the protest. History is now being made by the bold steps of the NBA President. I did not support his presidential ambition for obvious reason.

However, he has by this singular step and pronouncement demonstrated that he is a man who is committed to the rule of law, detribalized and most importantly that NBA regains its pride of place once again.

About the Author:
Mrs P.I. Iyomoh is a former Chairman of the Nigerian Bar Association,Benin Branch-the Lion Bar