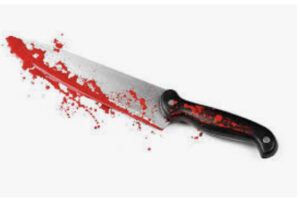 Mr Edafe Bright, the acting Police Public Relations Officer in Delta State, has confirmed the killing of one Mr Jonathan in the Ughelli Local Government Area of the state by his wife.

The PPRO, when contacted by newsmen on the incident, affirmed that the mother of eight, Dada used a kitchen knife to stab her husband to death during an argument that ensued between them over coming home at late hours.
It was gathered that the trouble started after the pregnant mother had returned home late from work on Monday, April 5, 2021.

An eyewitness of the event which happened precisely in the Otomi community of Ughelli LGA revealed that the pregnant mother started chasing her husband around after he challenged her for returning home late despite several warnings he had given to her.

The said argument, however, degenerated into a fight and the woman allegedly stabbed the deceased with a knife.

“The wife used to come home late from work and the husband had warned her to stop. On the date of the incident, the wife came home late as usual and the husband accused her of flouting his instructions,” the eyewitness who pleaded anonymity revealed.

He added; “They started arguing on the matter, but all of a sudden, the wife took a knife and started chasing the husband till she stabbed him to death.

Speaking further on the measure taken on the incident, Bright said the matter was reported at the Ughelli Police Station.

“The command is aware of the matter and the woman was arrested by policemen from the Ughelli Police Station and the matter was transferred to the state CID today (Wednesday),” he said.