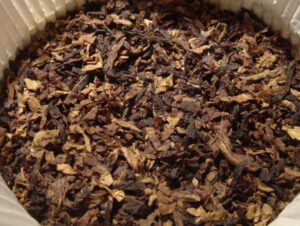 One of the ways this manifests is when women seek to modify their sexual organs, actively putting themselves in harm’s way in order to please their sexual partners.

This is done in various ways, from trying to make the vagina smell like mangoes or wild summer berries, to vagina-tightening potions, or even trying to engage in s3x whilst the vagina is as dry as the Sahara Desert.

Strangely enough, these practices are a far cry from a host of African traditions, many of which celebrate the notion of women’s pleasure.

A section of Tanzanian women are applying ground tobacco on their privates to stop the urge of having s3x.

According to a report by the BBC, the women, from Tabora, also view the act as a family planning method.

“When I put the tobacco (in my privates) I feel like I have been with a man. Even if a man makes a move at me, I feel like he’s just a nuisance.

“An old woman told me to mix the ground tobacco (ugoro) with soda ash (magadi) before mixing it with cooking oil. When placed in the privates, the urge to have s3x ceases,” Asha Said.

According to Asha’s husband Hamidu Santu, he was prompted to investigate the matter after she turned down his advances time and again.

“Whenever I asked her (for conjugal rights), she declined. After carrying out my investigation, I found her with tobacco, despite neither of us using the drug.

“I asked her why she had tobacco yet she did not smoke it but she didn’t respond. After constantly inquiring on the matter, she finally told me what she uses it for,” he said.

Asha further revealed that the tobacco is mostly used by divorced women, widows or those whose husbands are away for a long time.

However, there are dangers to applying the concoction to the privates.

No medical research has this far been conducted to establish whether tobacco can be used as a family planning method or to stop the urge to have s3x.

According to Dr Paul Swakara, the tobacco can cause infertility, S3xually Transmitted Infections and even cancer.

Medics warn the trend has no real effect on libido or fertility but can cause scarring and the vaginal opening to “close up”. This is believed to raise the risk of cancer and stillbirth and cause difficulties with periods.

“Vaginal tobacco”, a popular practice in West Africa, is said to shrink the genitals, increase s3xual pleasure and raise the odds of getting pregnant.

But gynaecologist Dr Abdoulaye Diop believes it only gives women the sensation their genitals are shrinking because the chemicals cause vaginal muscles to retract.

He added: “This feeling is transient and misleading, because the vaginal mucosa that is attacked will eventually develop changes that are the gateway to cancer.”

BREAKING: CAN calls for nationwide protest over Deborah Samuel’s murder