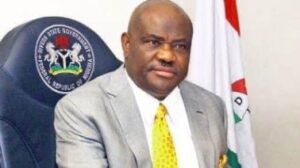 A vigilante group in the Ibaa community, Emohua Local Government Area of Rivers State, has killed three suspected cultists, who were said to have been terrorising the area.

The Chairman of the local government council, Tom Aliezi, had banned all vigilante groups in the area following complaints of highhandedness and human rights abuse by residents.

But a community source told our correspondent that some repentant cultists had formed a new group and were terrorising the area from a newly-built camp in the community before they were dislodged.

But a young man in the area, who spoke on condition of anonymity, alleged that the vigilante group, the Ibaa Security Peace Advisory Committee, defied the ban slammed on their activities to lay siege to the camp of the suspected cult members.

He expressed fears that residents might find it difficult to resettle should there be another round of crisis in the Ibaa community.

The young man stated, “As it stands now, youths of the community are living in fear. These ISPAC boys, who have been banned from operating, came into the community last week and killed three men.

“If the government doesn’t intervene now, there will be another round of crisis in the community. Even the security people in the community have been compromised. We don’t have confidence in them.”

But the Secretary of the ISPAC, Aleru Livingstone, denied the group’s involvement in the killing, saying it was a rival cult war.

Livingstone stated, “What happened in Ibaa was as a result of a cult clash. There is a new cult in the area called the Bad Marlians. They clashed and we heard that some of them died. The group is a combination of former Deygam and Iceland cults.

When contacted, the spokesman for the state police command, Nnamdi Omoni, said he had yet to get the report of the incident and promised to find out from the Divisional Police Officer in the area.

He had yet to get back to our correspondent as of the time of filing this report.

“OBJ, faults and all, is our best President since 1999” – Kingsley Moghalu