“OBJ, faults and all, is our best President since 1999” – Kingsley Moghalu 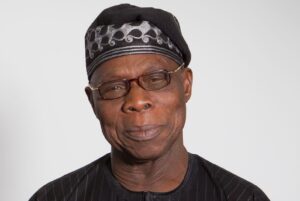 A former Deputy Governor of the Central Bank of Nigeria and ex-presidential candidate, Prof Kingsley Moghalu, has described Olusegun Obasanjo as the best president Nigeria has had since 1999.

He said the former president was successful because “he was focused on Nigeria as his constituency, not his ethnic group.”

He said this in a statement on social media just days after Obasanjo marked his 84th birthday.

Moghalu said, “OBJ, faults and all, is our best President since 1999. One key reason for his success is that he was focused on Nigeria as his constituency not his ethnic group. All his career was federal/international – nation-building, national security, economy, foreign affairs.

“So he thought like a president of Nigeria, not a provincial politician. Nigeria is a unique place. In advanced democracies, it is often the case that politicians start local and move upward. Because they have a real nation with a unity of purpose and destiny.

“Here, the presidency requires transcendence of mind and action in order to provide the kind of leadership we need. Strong experience in federal and international institutions provides that necessary perspective for effective leadership of a country like ours.”

Obasanjo, a former military Head of State, was sworn in as president in 1999 and went on to serve two terms in office.