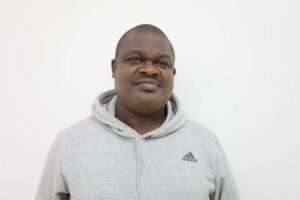 Economic and Financial Crimes Commission has arraigned one Abiodun Waheed Hassan and his Company Bestworth Insurance Brokers Limited on a five-count charge of alleged criminal breach of trust and misappropriation of funds to the tune of over N26 billion.

Hassan and his company were arraigned before Justice S.C. Oriji of the Federal Capital Territory High Court, Apo on Thursday.

The defendant allegedly diverted the money earmarked for the payment of outstanding insurance premiums and claims of deceased and incapacitated staff members of Power Holding Company of Nigeria (PHCN), into the corporate account of entities.

Count one of the charges against him reads:

“That you, Abiodun Waheed Hassan, Director, Bestworth Insurance Brokers Limited and Bestworth Insurance Brokers Limited on or about 15th January 2015, in Abuja within the jurisdiction of the High Court of the Federal Capital Territory, while being entrusted with certain property to wit: the sum of N26,236,594,986.00 (Twenty-six Billion, Two Hundred and Thirty-six Million, Five Hundred and Ninety-four Thousand, Nine Hundred and Eighty-six Naira only) paid into Bestworth Insurance Brokers Limited’s Skye Bank Account No. 1771645118 from PHCN STAFF SEVERANCE Benefits account with the Central Bank of Nigeria, being funds earmarked for the payment of outstanding insurance premiums and claims of deceased and incapacitated staff of Power Holding Company of Nigeria (PHCN), did commit a criminal breach of trust in respect of the said property by dishonestly misappropriating the sum of N2,500,000,000.00( Two Billion Five Hundred Million Naira only) thereof when you transferred the said sum into Kakatar CE Limited’s Zenith Bank Account No.1012637660 and you thereby committed an offence punishable under Section 315 of the Panel Code Cap 532 Laws of the Federation of Nigeria, (Abuja) 2004.”

The defendant pleaded ‘not guilty’ when the charges were read to him. Based on his plea, prosecution counsel, Benjamin Lawan Menji, asked for a trial date and prayed the court to remand the defendant at the Correctional Service pending the trail.

Counsel for the defendant, Ade Olusalako told the court that the defence had filed a motion for bail of his client and pleaded for the remand of the defendant in the custody of the EFCC pending the determination of his bail application on the grounds that “the defendant has been on administrative bail for almost five years and he has an underlining sickness”.

However, the prosecution counsel objected to the application. “As he rightly submitted, we received the application but we shall vehemently be opposing the application; we said vehemently so that the court will know that we have a strong opposition. Moreover, our facility is overstretched because of the issue of the Covid-19 Pandemic, the little we have we are trying to manage them.

The proper place of detention or custody is the Correctional Service which the government has done its best in providing”, Menji told the court.

However, Justice Oriji adjourned the matter till March 4, 2021 for hearing on the bail application and remanded the defendant in EFCC custody.