“We will not resume” – NUT to Gov Obaseki, directs striking teachers to shun Government directive 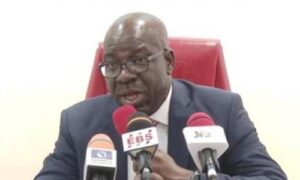 Edo NUT, on Wednesday in Benin, through a statement by its Chairman, Pius Okhueleigbe, and Assistant Secretary-General, Mike Itua, asked the teachers to remain at home, pending when their demands, including regular payment of salaries, allowances and other welfare matters, are met.

The union on Wednesday said Obaseki’s administration had not demonstrated any reasonable commitment to resolve the issues presented to it.

Head of Service Anthony Okungbowa earlier yesterday in a statement signed by the Permanent Secretary, Establishments, Derby Enakhimion, pleaded with the leaders of NUT to suspend the strike and give considerable time to create opportunity for the government to enter into a dialogue with them, with a view to resolving the issues.

Nigerian Union of Teachers, on January 12 directed primary school teachers and school heads to embark on an indefinite strike from January 18.

Understanding the Mystery of Process, By: Douglas Ogbankwa Esq.

The Dictatorship In Edo, By Ebun-Olu Adegboruwa, SAN