...Says action desperate attempt to paint Buhari’s govt black in the eyes of the world 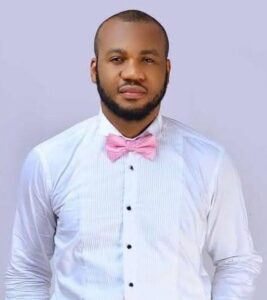 THE Conference of Igbo Youth Professional Worldwide has dissociated itself from the action of Mr Kenechukwu Okeke over his lawsuit against the Senior Pastor of Daystar Christian Centre,Sam Adeyemi and 49 alleged promoters of the #EndSARS protests.

The group with wide network across the world also disowned the acclaimed activist,saying he was not known in their fold or in the South East geopolitical region.

This was as it dissociated President Muhammad Buhari from the action of Mr Okeke, alleging that he was being sponsored by those it described as “fifth columnists” to paint the president and his administration black in the eyes of the world.”

To this end, the Conference of Igbo Youth Professionals Worldwide, in a statement Wednesday by its President General, Barr. Maduabuchi Nwodo, appealed to Nigerians to disregard the antics of Mr Okeke and his alleged sponsors.

Expressing shock over the action of Mr Okeke, the Igbo group said the action was “not only ill timed but also mischievous.”

According to the statement, “This, no doubt, is an anti-progressive and anti-people action that should not have the support of people yearning for a better Nigeria.”

The Conference of Igbo Youth Professional Worldwide said contrary to the picture being painted by Mr Okeke, his action had no blessings of the people from the South East extraction, insisting that he was alone in his game.

“Just as we are shocked at the action of Mr Kenechukwu,we are in utmost disbelief that an Igbo man could be used by some enemies of Nigeria to institute this evil action in court,” it wondered.

The statement read in full: ”Our attention has been drawn to a criminal charge filed by one activist Kenechukwu Okeke, against Pastor Sam Adeyemi and 49 other influential young Nigerians at a magistrate court Abuja over their alleged roles in the recent #EndSARS protests in the country.

“While we acknowledge his fundamental human rights to sue and be sued, we received this with mixed feeling considering that it is not only ill timed but also mischievous. This, no doubt, is an anti-progressive and anti-people action that should not have the support of people yearning for a better Nigeria.

“Just as we are shocked at the action of Mr Kenechukwu,we are in utmost disbelief that an Igbo man could be used by some enemies of Nigeria to institute this evil action in court.

“We wish to not completely disown him but also strongly disassociate ourselves from him.

“As a well recognized and respected Igbo organisation,we can authoritatively say here that the so called Kenechukwu Okeke is not known in the South East region where all members hail from. He is carrying out his action exclusively on his own and not acting on behalf Ndigbo.

“We call on all Nigerians not to view his actions as an Igbo agenda but a mischievous agenda carried out for his selfish reasons as directed by his paymasters.

“After a thorough investigation, we make bold to say that the said Kenechukwu acted on his own without the support or endorsement of the federal or any state government whatsoever. He rather acted selfishly to gain recognition and also set Nigeria youths up against the Federal Government just to satisfy the agenda of his paymaster who are bent on disuniting Nigeria.

“President Muhammad Buhari has repeatedly appeal to the youths to remain calm and come to the drawing table to negotiate and this is where we are now. So,we wonder what he stands to benefit by trying to thwart this peaceful process.

“We wish to remind him and his sponsors that the federal government has every instruments at its disposal to institute action against the youth influencers especially following the ugly turn of events that trailed the recent #EndSARS protests across the country if they so wish but they didn’t.

“The government’s quiet disposition to allow things die down naturally despite the development was no doubt an indication tbat the government is committed to resolving the matter in peace.

“Our discreet investigation revealed that the insinuation that the said complainant acted on behalf the government or Igbo nation is far from the truth and should be discountenance.

Rather, he acted completely without the knowledge of the either the government or Igbo nation.

“Based on the available evidence available to us, we make bold to say that he acted as mole for some fifth columnists who are bent on given the government a bad name and don’t want the unity of Nigeria.

“We therefore,call on all Nigerians, Igbo nation home and abroad to appeal to him to drop this ill timed charges in the interest of peace without further delay.

” Ndigbo must come and distance themselves from him.”