A teacher, Mrs Ndubisi Obiechina, has narrated how she lost two pregnancies while in custody of the disbanded Special Anti-Robbery Squad (SARS) over a suspect to which she was distantly acquainted.

Narrating her ordeal before the Lagos State Judicial Panel on EndSARS protest, Ndubisi said that she was detained and tortured along with her husband, Okwuchukwu, for 22 days by SARS in 2017.

“They brutalised me in the name of interrogating me. As a pregnant woman, I did not eat or drink for one week and in the process I lost the baby.

“It was later after I left SARS that I went to the hospital that I found that the baby was gone, and I had to flush it out,” she said.

The teacher identified some of the SARS officers who allegedly tortured the couple as Phillip Rieninwa, Christian and Haruna Idowu.

She said she was pregnant again during her husband’s second arrest, adding that Okwuchukwu was released following an order of the Federal High Court in Lagos.

“Due to the emotional trauma, I lost my second pregnancy. We sued SARS at the Federal High Court and we were awarded N2 million damages for the torture and brutality.

“Since then they have not paid the money. The case was taken to the Appeal Court and it was dismissed and till now they (SARS) have not done anything,” she said.

Ndubisi alleged that SARS officers also collected N50,000 from her husband, while the duo had to bail themselves with a total of N400,000 from SARS custody. 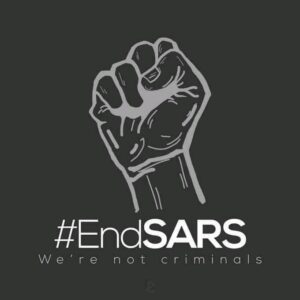 copy of the judgment the couple obtained against SARS was admitted into evidence by the nine-member Judicial Panel.

The Chairman of the panel, Retired Justice Doris Okuwobi, noted that hearing of Obiechinas’ petition had to be adjourned because names of some SARS officials had been mentioned.

“Those SARS officers have to be brought here so that we can hear their own side of the story. This petition is adjourned to Nov. 10,” she said.